As many other’s I could not resist the temptation to build my very own LED cube. Parts were ordered quickly and after a brief wait for the deliveries followed by a few hours of soldering and a little coding it was accomplished. The tiny 4 by 4 by 4 cube orderly lighted up its 64 LEDs to diplay the usual animations. However, I was not quite satisfied yet and wanted more. Fascinated by the cube’s functionality to display simple yet actual volumes I felt urged to make it into an actual 3d display to display geometry from a 3d-modeler. 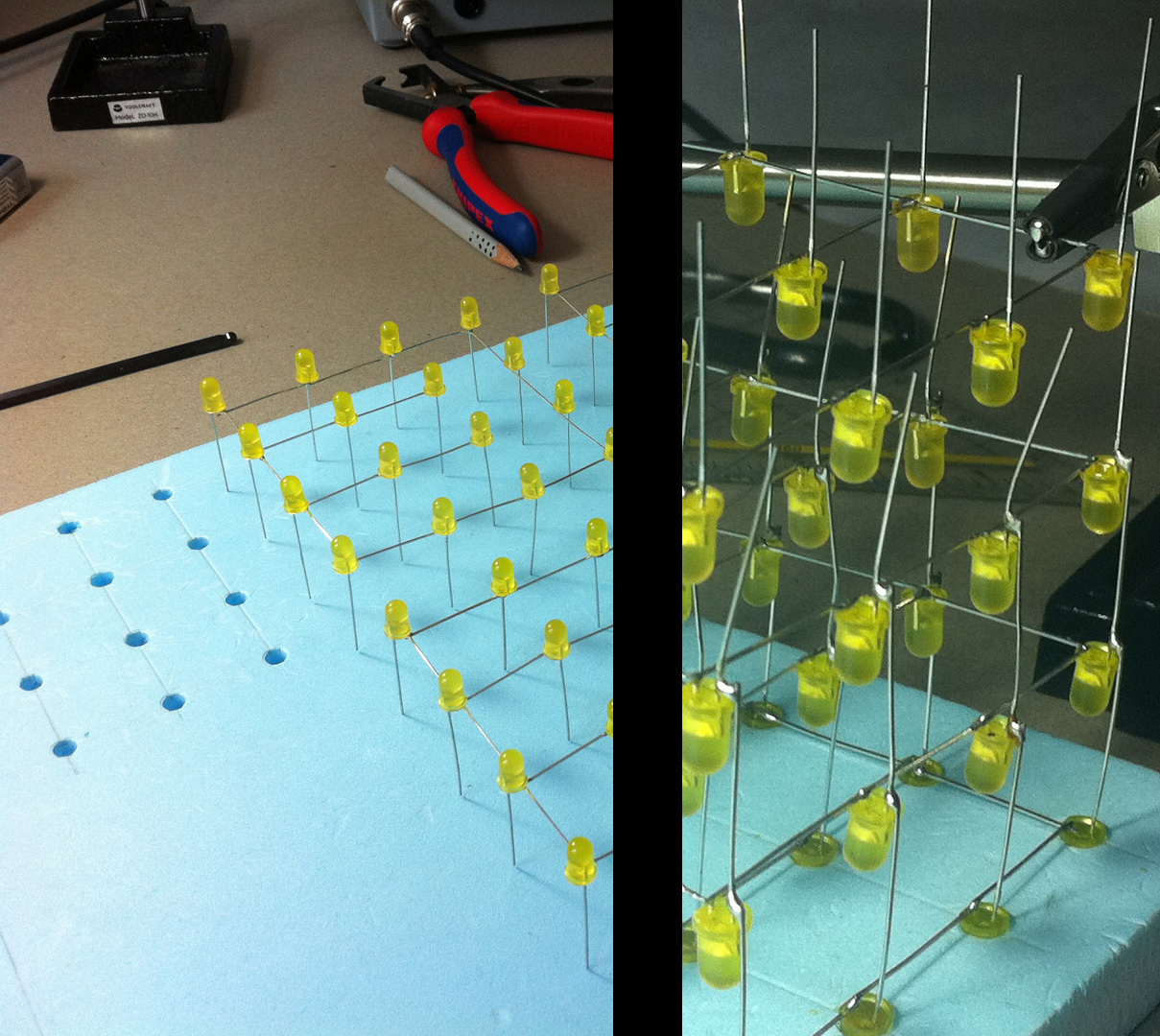 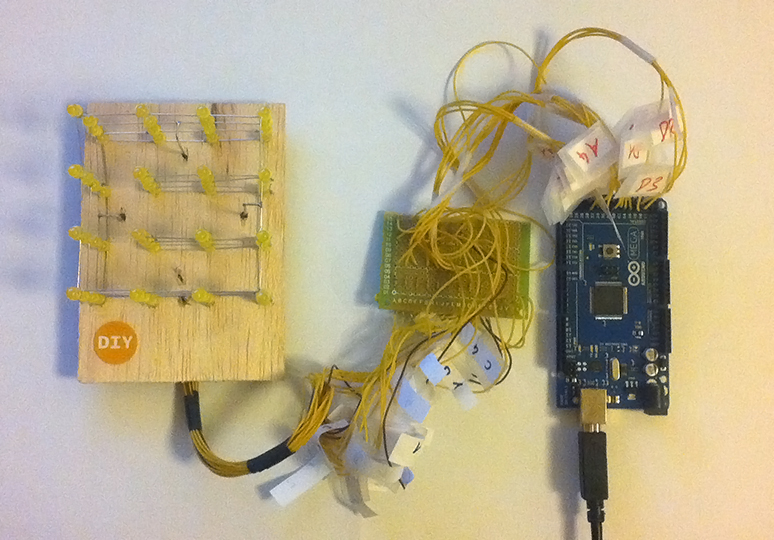 The modeler of choice was rhino3d with grasshopper—a visual scripting plugin. Using the grasshopper-firefly plugin’s serial communication component the LED’s statuses can be easily controlled by a script in grasshopper. A virtual representation of the cube’s volume is shown in the 3d-modeler to signify which area will be displayed in the cube.