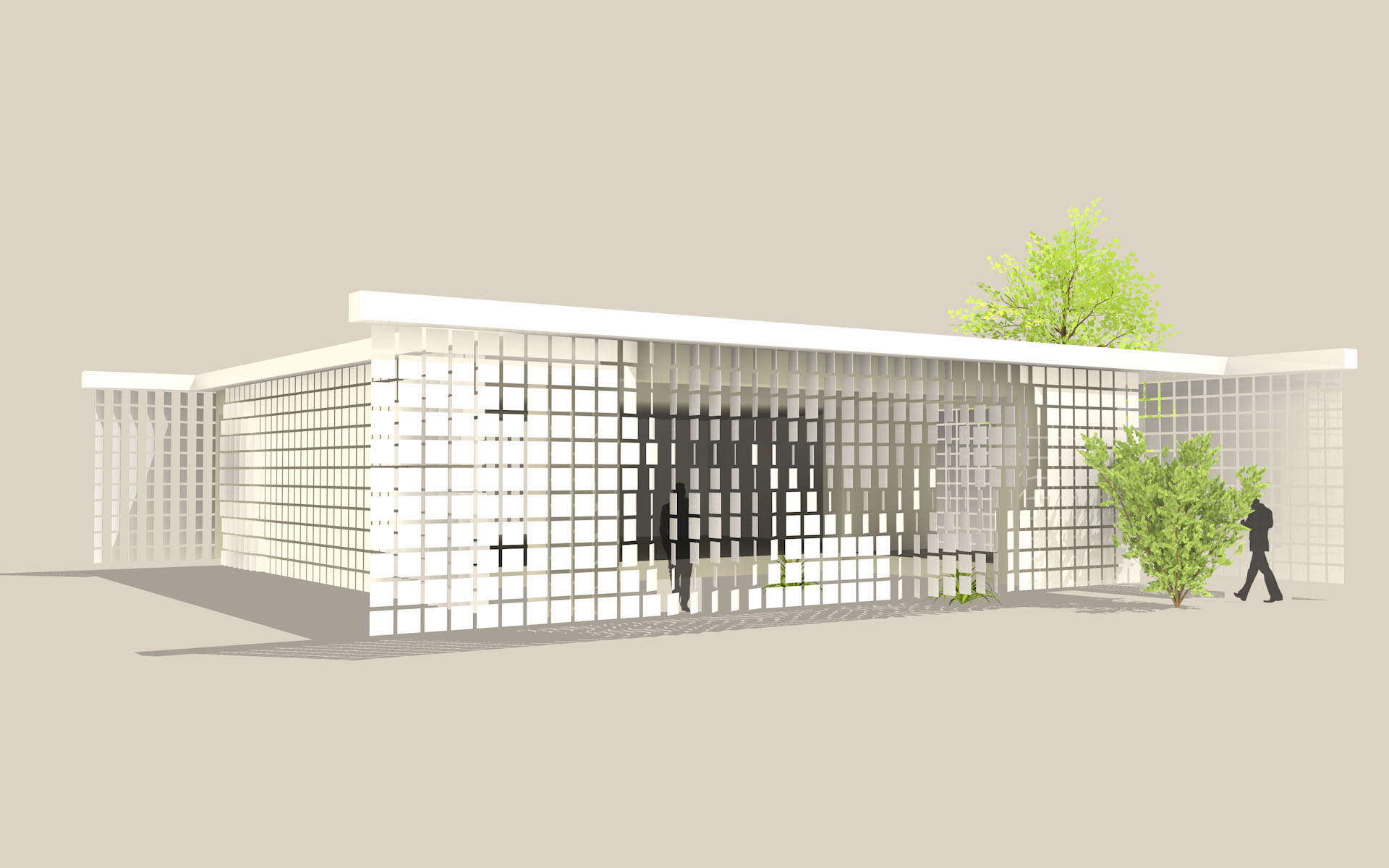 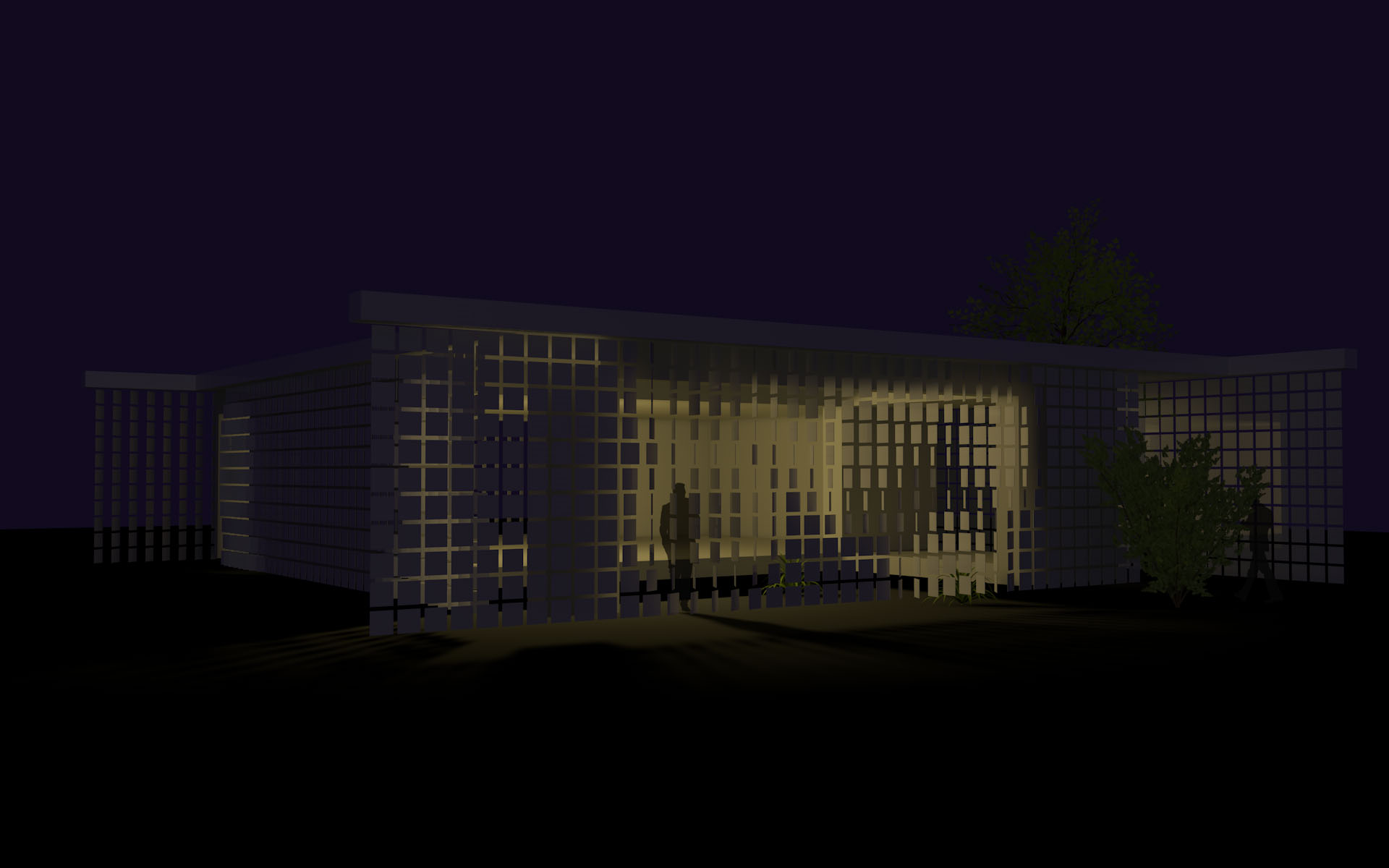 Night-time rendering of the facade concept

The pixelFacade was a project initially aimed at creating a facade-concept for the University of Technology’s contribution to the US Edition of the Solar Decathlon 2013. Hence any proposal had to be technically and economically feasible. Additionally it was of great importance that the facade would allow the use of the sun for the heating and lighting of the inside depending on the respective environmental conditions.

The concept of the facade was to have the opportunity to tailor the possible openings to the very needs of the room lying hidden behind it. Hence I decided to divide it in equally big panels that can be opened and closed according to a preset configuration. It was my specific goal not to recreate one of the many preexisting versions of robotic panel facades where every panel can be digitally controlled individually. Instead I aimed at realizing the facade with a mechanical mechanism. Three opening states should be possible to attain. Fully opened, fully closed and partly open depending on a preconfiguration. Another desired feature was the ability to rotate all partly opened panels at the same time to create a wavelike animation on the building.

For the mechanism I came up with a system to integrate a geometric bias in the individual panels’ mounting brackets. The tensioning of cords running through those assemblys would then rotate every one of the panels according to the bias of their mountings.

In addition to this procedure which is responsible for the partial opening of the panels a second mechanism consisting of numerous gears is put in place to rotate the complete axes holding the columns of panels. 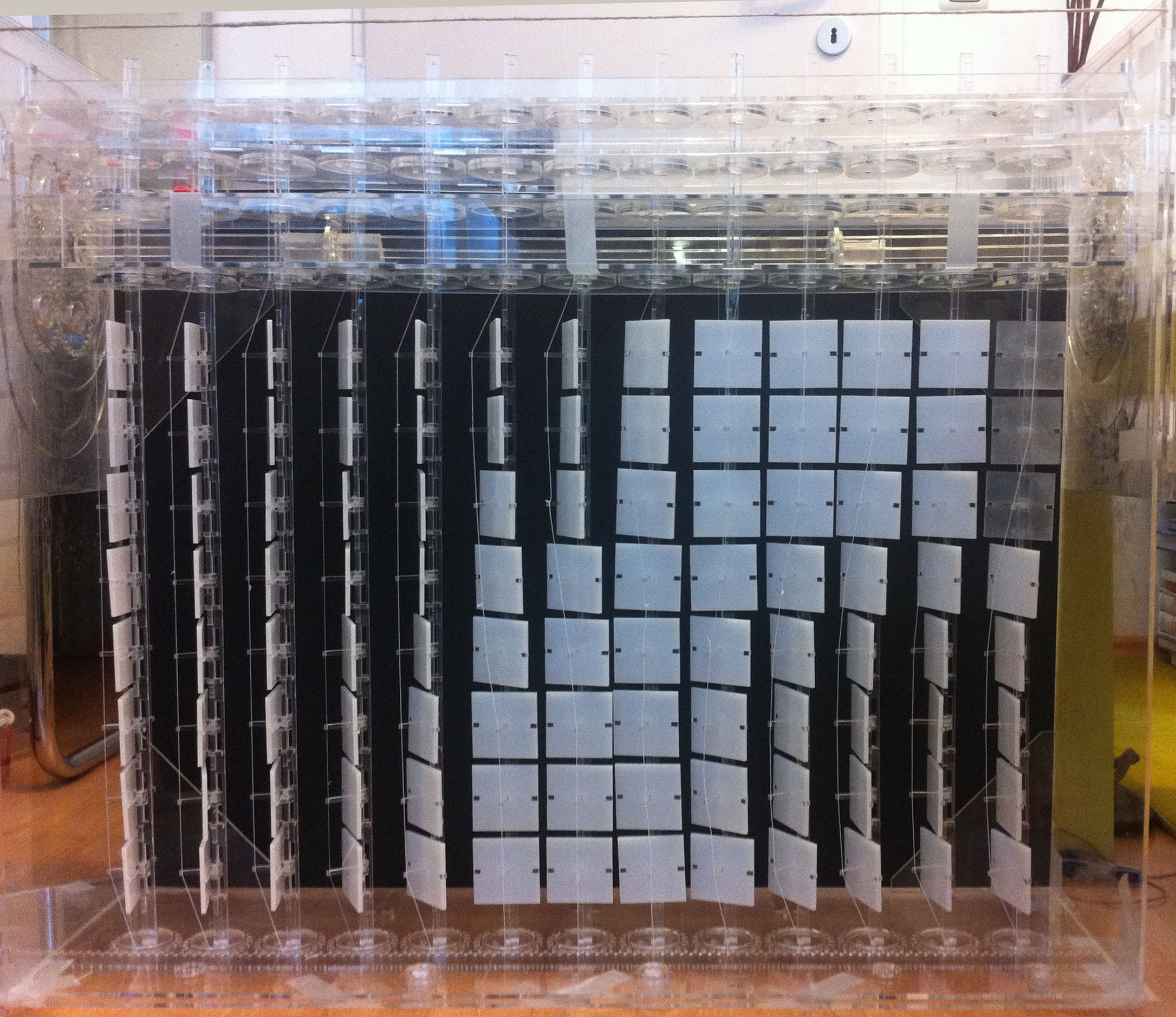 A prototype was built out of lasercut acrylic. The geometries of most of the parts, especially of the many different mountings, were created algorithmically through grasshopper. The model was fully functional and consisted of about 1300 individual parts. 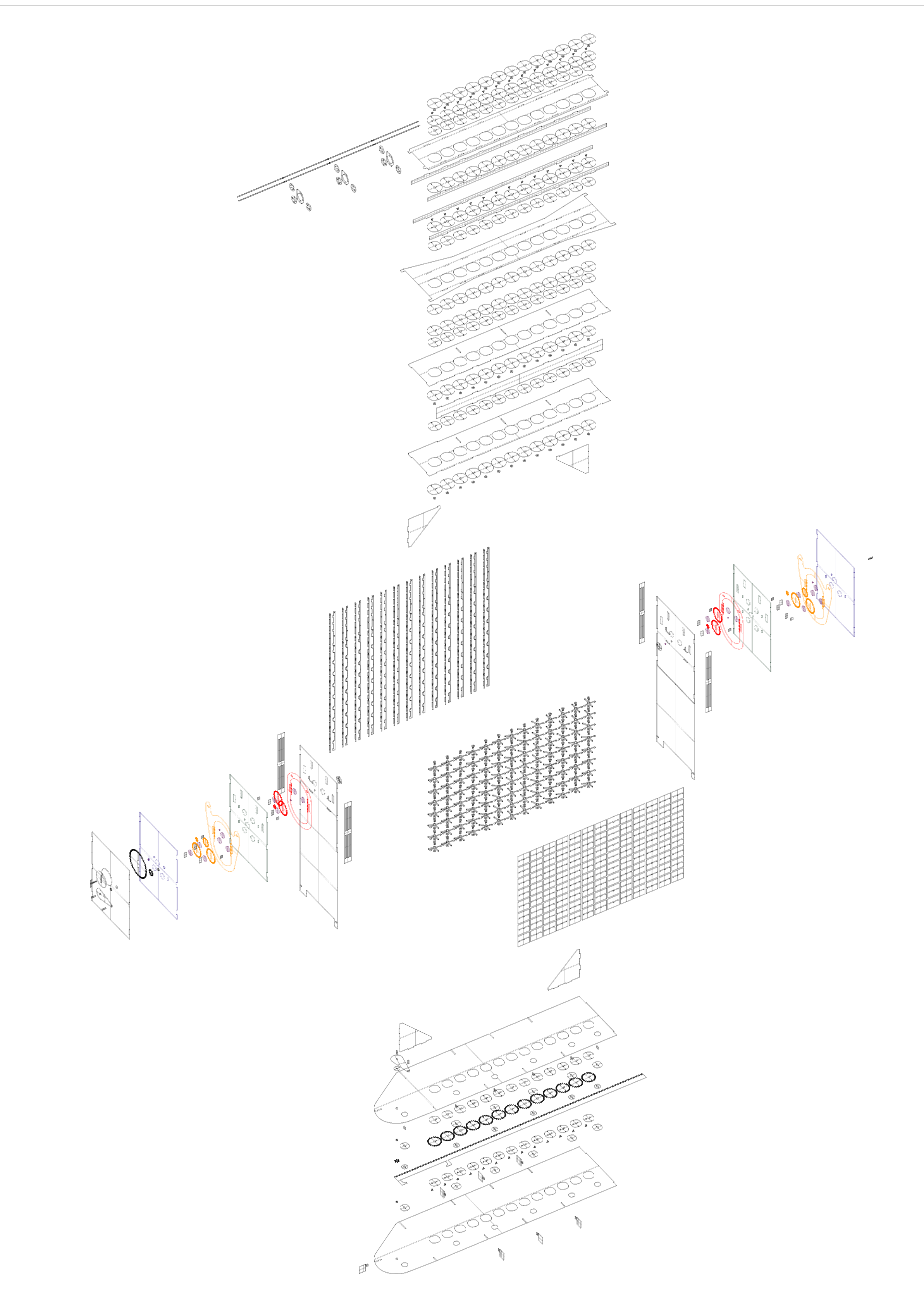 All parts had been made from acrylic except the two smallest timing gears which had to be laser-cut from metal to withstand the physical forces they are subjected to during operation.