Thinking about lighting we were inspired by long exposure night stills in which time seems condensed into lines of light. They are blurry representations of certain brief periods of history drawn by observing and capturing motion. The fascination with this notion led us to investigate ways to create an artistic light-installation that could capture the history of changes and display them in a similar manner. However it should do that right in the time and place when and where change or movement takes place, observable by the bystander or actor, allowing them to interact with time. 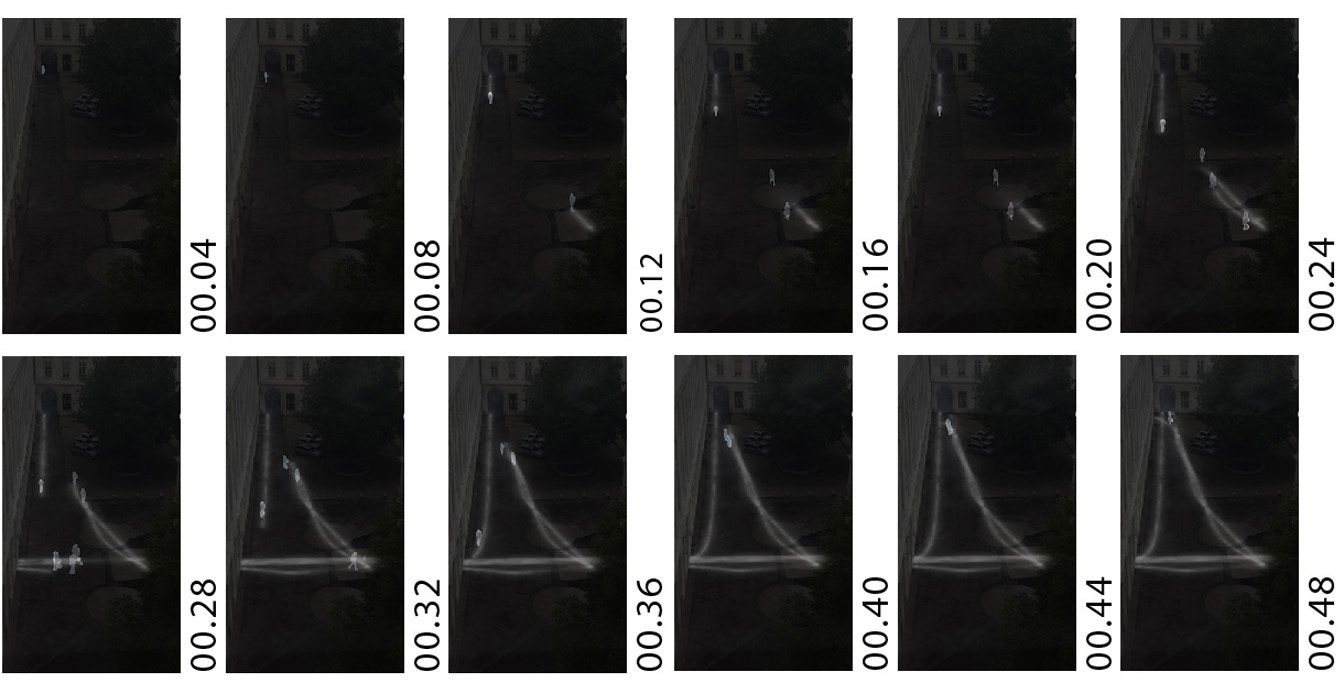 To translate this idea into an experience we wanted to create lightpaths behind people and things moving through the installation-area. For that we used a standard projector which we mounted overhead facing the ground. Right next to it we placed a self-made infrared-camera that would observe the area that the projector could cover with its projection. To increase the quality of the camera’s video-output we built and deployed several IR-LED-floodlights. Using a ‘Processing’-script we analyzed the video coming from the camera to draw paths of light on the floor wherever something moved. 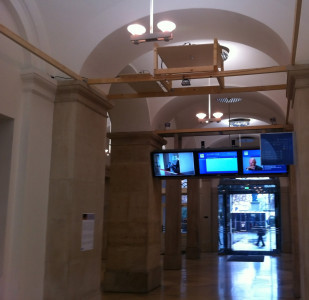 The installation was built in the main lobby of the University of Technology, Vienna, a busy space with lots of people hurrying to classes throughout most of the day. Still the installation was able to catch people’s attention and engage some in playful experimentation. 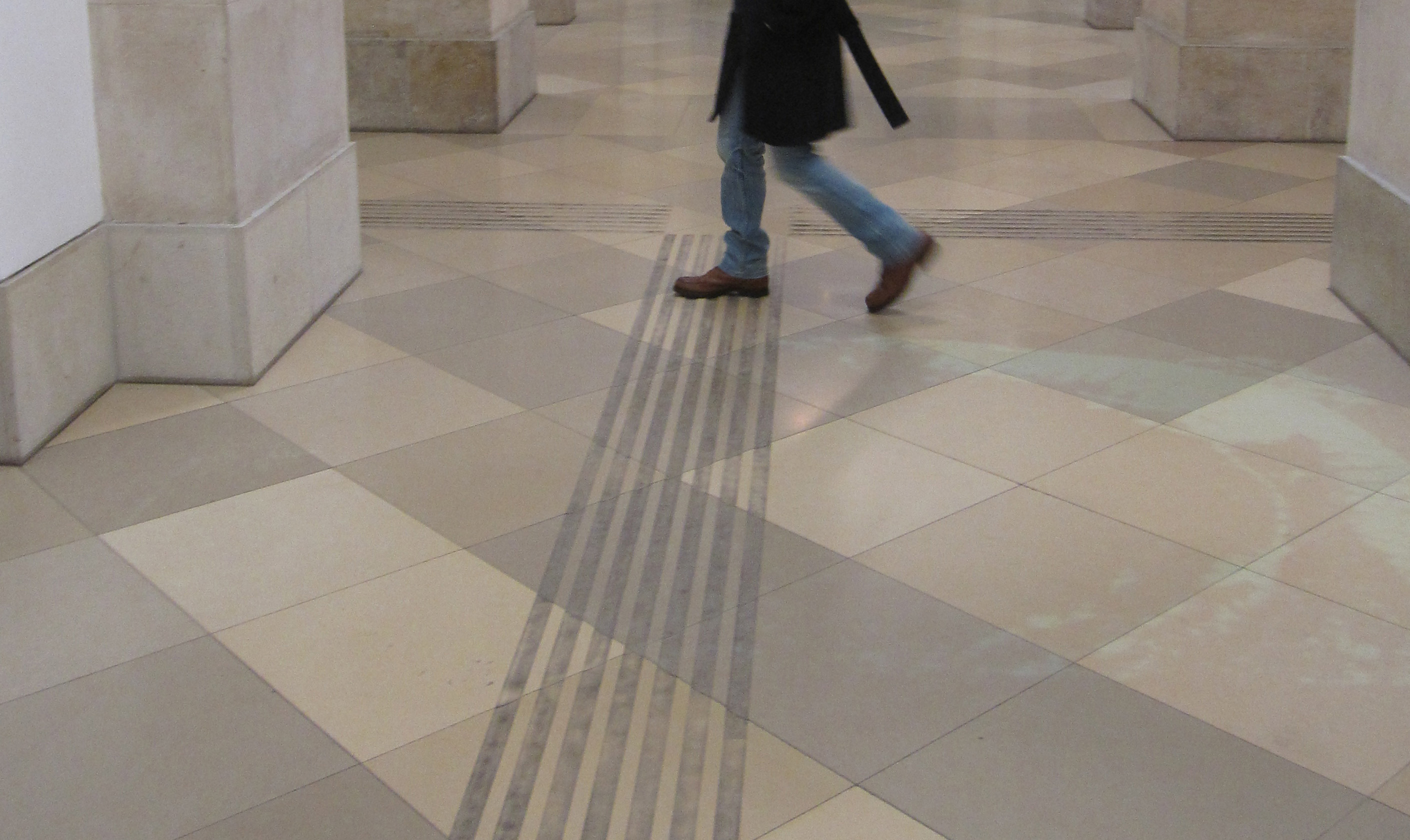 a lightPath on the ground