The second iteration of the local warming project investigating a second approach towards heating people without having to heat spaces.

The ceiling of a room is covered with IR-emitters that turn on and off depending on a person’s presence in their range. Therefore it can be achieved to provide warmth to people without having to heat the air in a room or the building itself, saving a huge part of the energy that would be consumed by conventional central heating systems.

The technology of choice for the project’s people recognition is a Microsoft Kinect that is placed next to the table facing down from above. Its signal is interpreted by a computer which passes on information to an arduino-based control-circuit that ultimately switches the emitters on and off. 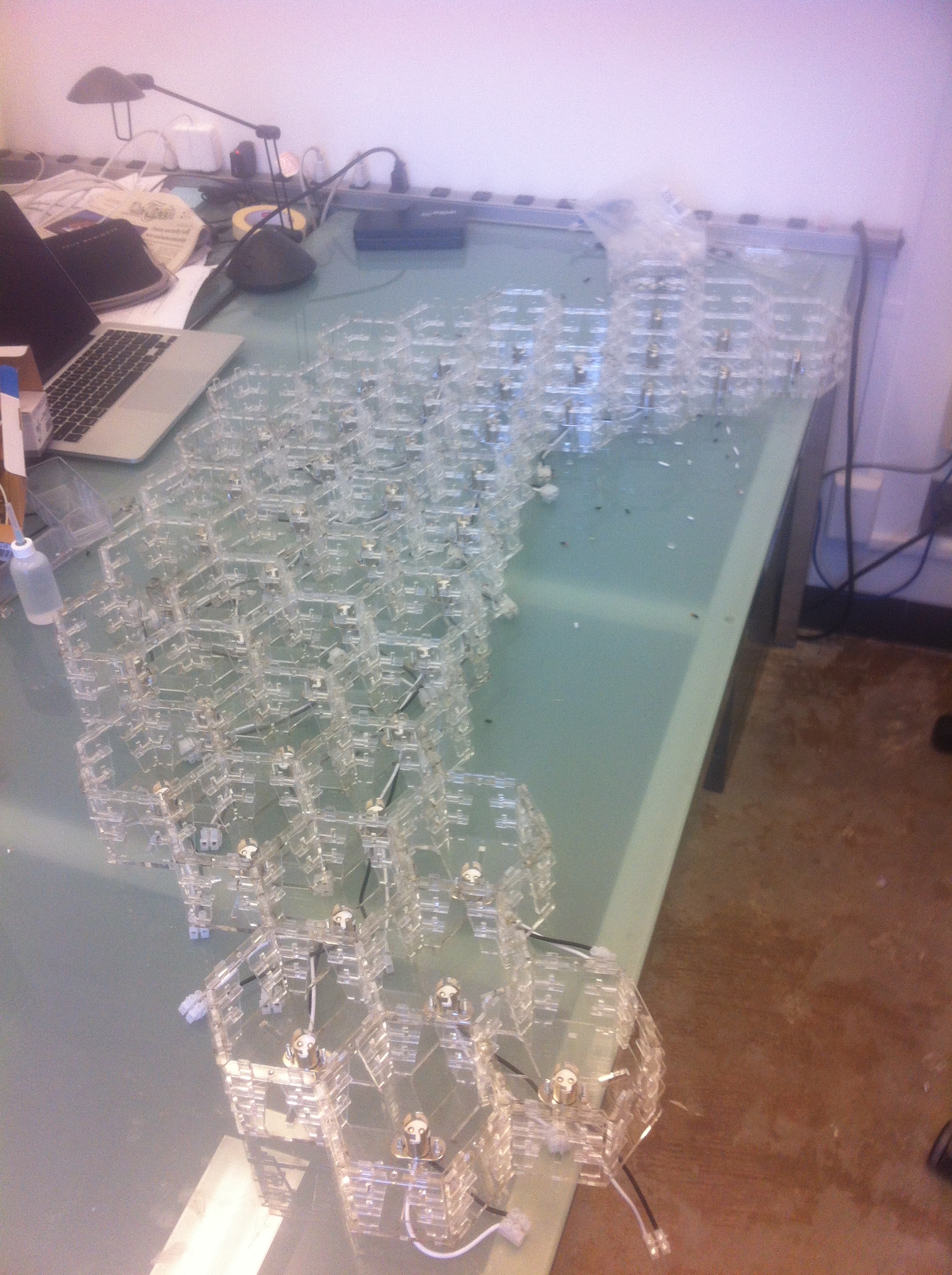 Assembly of the Surface from laser-cut acrylic 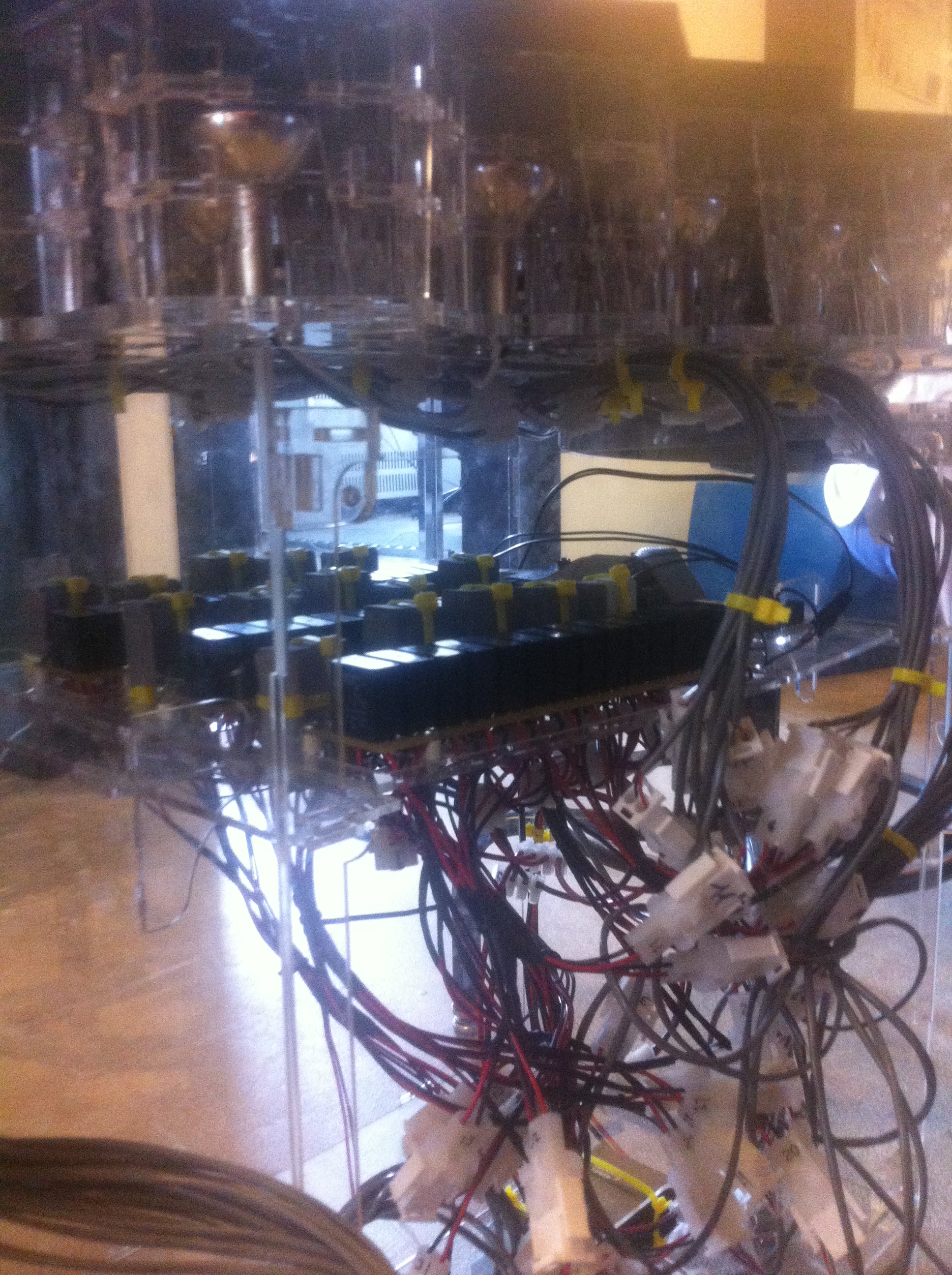 The heart of the surface, a relay-bank. 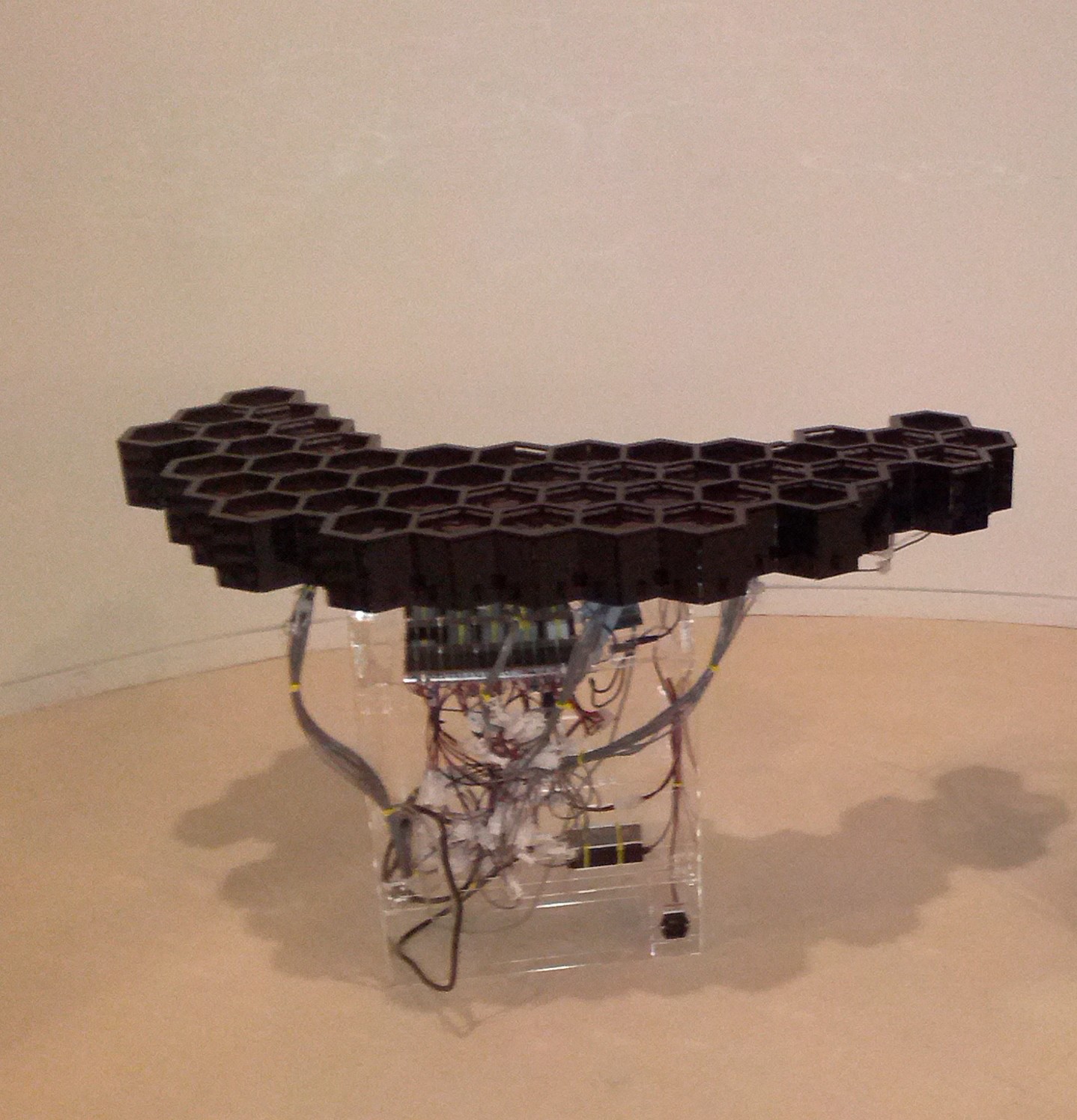 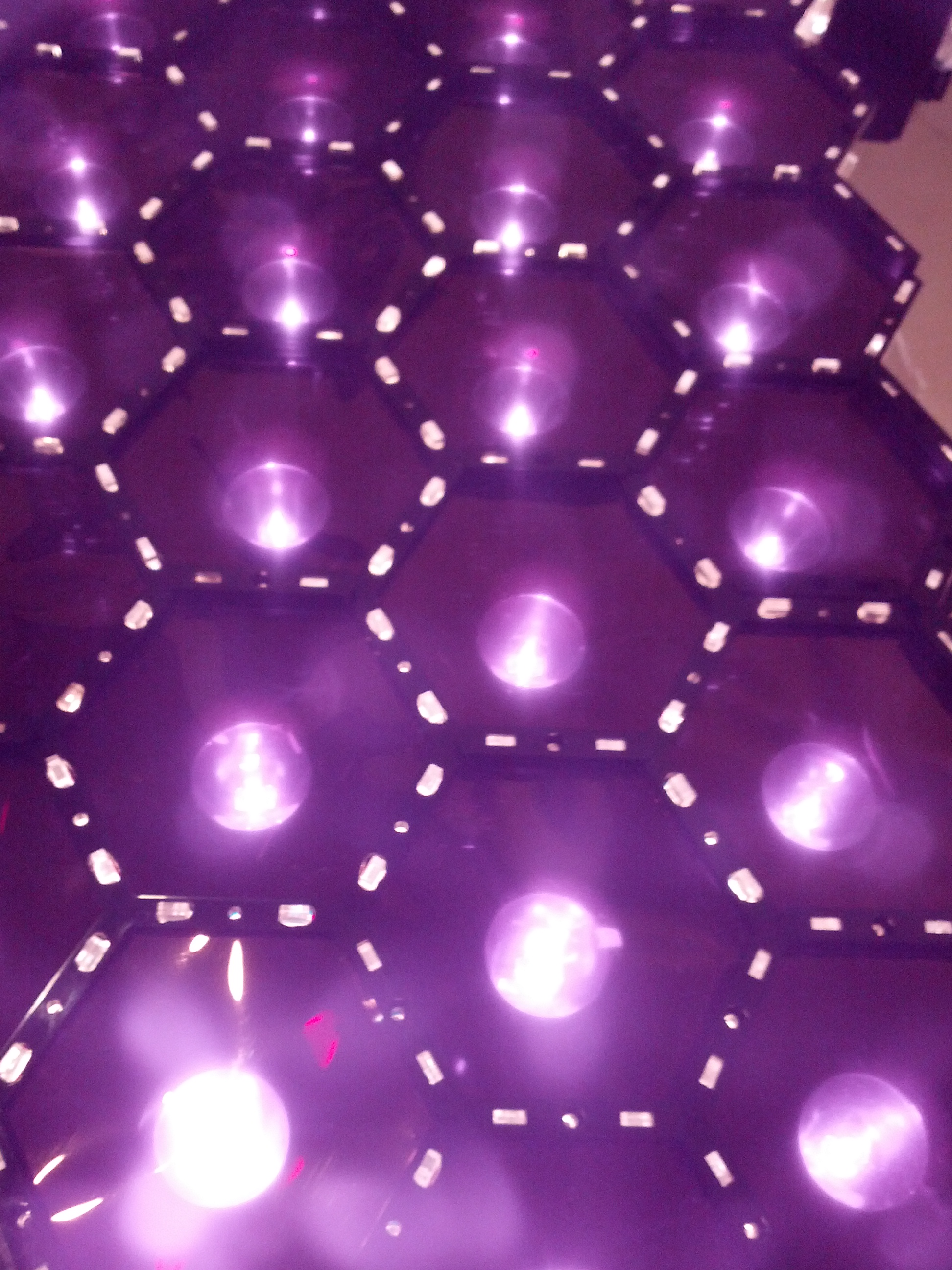 Emitters underneath the visible-light filters