The Viennese Imperial Forum is composed of two large spaces—Maria Theresia’s squareand Heldenplatz (Heroes’ Square)—seamed by Gottfried Semper’s museums and Imperial Palace as well as the formerImperial Stalls. The two large spaces are seperated from each other by the Ring-Street. Most of this composition was conceived and built in the second half of the 19th century in the area where up until Napoleon’s arrival in the early 1800s the city wall encompassed the center of Vienna.

As a representative outer gate to the imperial palace the Heldentor (Heroes’ Gate) was built on the square by soldiers as a monument to the victory over Napoleon I. in 1823. 1934 the gate was additionally dedicated to the fallen of World War 1. It was then that the Krypta within the building was created as the ‘grave of the unknown soldier’, representative of all the lost soldiers whose final resting-places remain unknown.

This arrangement of iconic buildings and monuments is naturally one of Vienna’s busiest tourist attractions. Additionally very many of the city’s other touristic hot-spots are in its close vicinity. Hence this project proposes a main visitor center that acts as an initial point of information for tourists arriving in Vienna. Placing this project at the former gate to the city, leverages the metaphorical meaning of the place it has through its historic context. 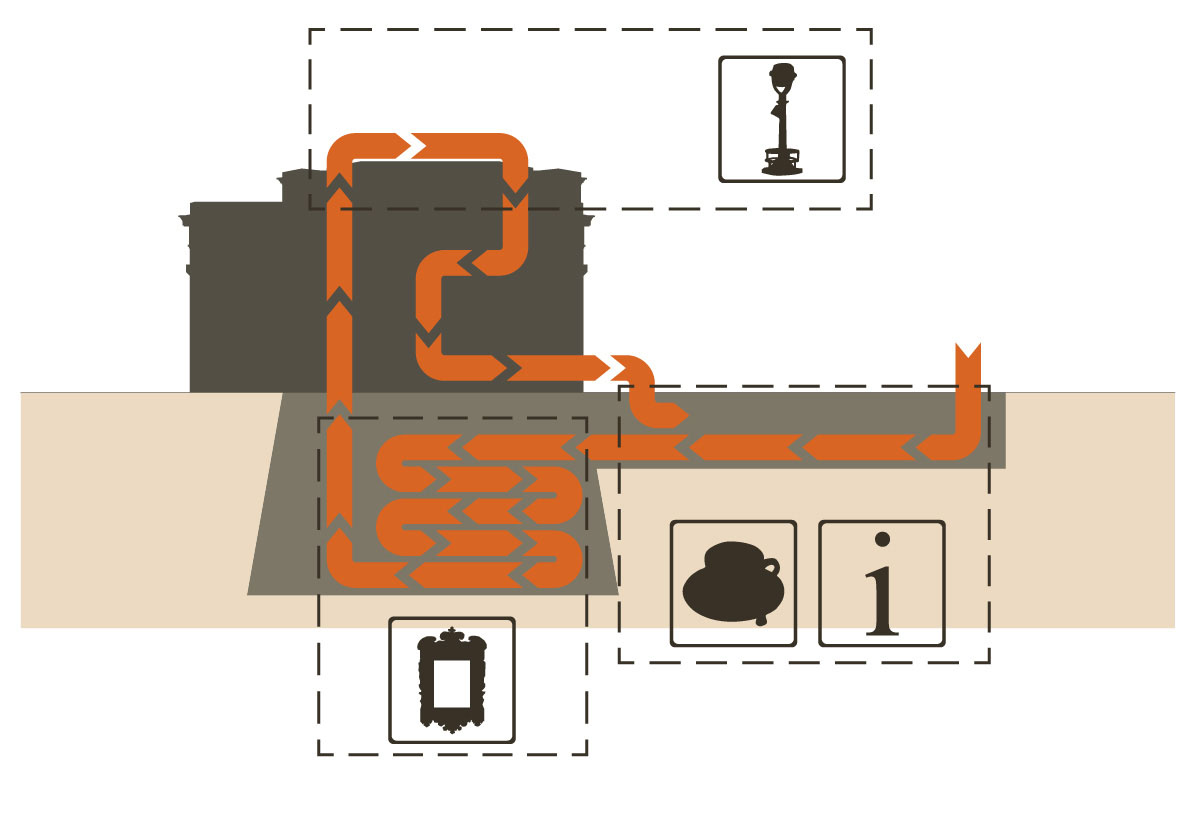 The demanded infrastructure of the visitor center includes such features as a coffee-shop, and exhibition-spaces. This combination of facilities makes it the ideal starting point for a visit to Vienna, where tourists can inform themselves thoroughly about the city’s offers and attractions and then plan their stay accordingly.

The historically and emotionally charged context of the project demands a great deal of subtlety in treating the existing structure. As a result of that the decision was made not to add any new buildings, but to create new spaces mostly beneath street level. This opens exciting new ways to experience the existing structures without destroying anything preexisting and dear to people’s hearts.

The only visible part of the design is a moat-like drop in front of the gate. It allows the visitor to access spaces below the road that house the information area and the cafe and serves as an outside seating area for the latter. Both functions are additionally illuminated through openings in their ceilings between the lanes that are above.

After stepping down into the moat the visitor’s journey goes on through a narrow opening in the concrete wall of the trench towards the building of the gate which leads to the subterranean exhibition spaces that are dug out between the huge foundations that support the gate’s columns. Between these massive structures the visitors find themselves at times on catwalks spiraling further and further down. At last they reach the largest room of the continuous cavern.

From this deepest point of the path an elevator leads all the way to the top of the gate where great panoramic views of the surrounding historic buildings await those coming from the depths. The platform on the roof is made up of prefabricated elements with glass railings. This design hides them from people on the ground to protect the historic appearance of the Heldentor.

The last part of the way brings people through a small part of the original building back into the moat where the visit can find its end with a hot cup of coffee in the relaxed atmosphere of a modern Viennese Coffeehouse. 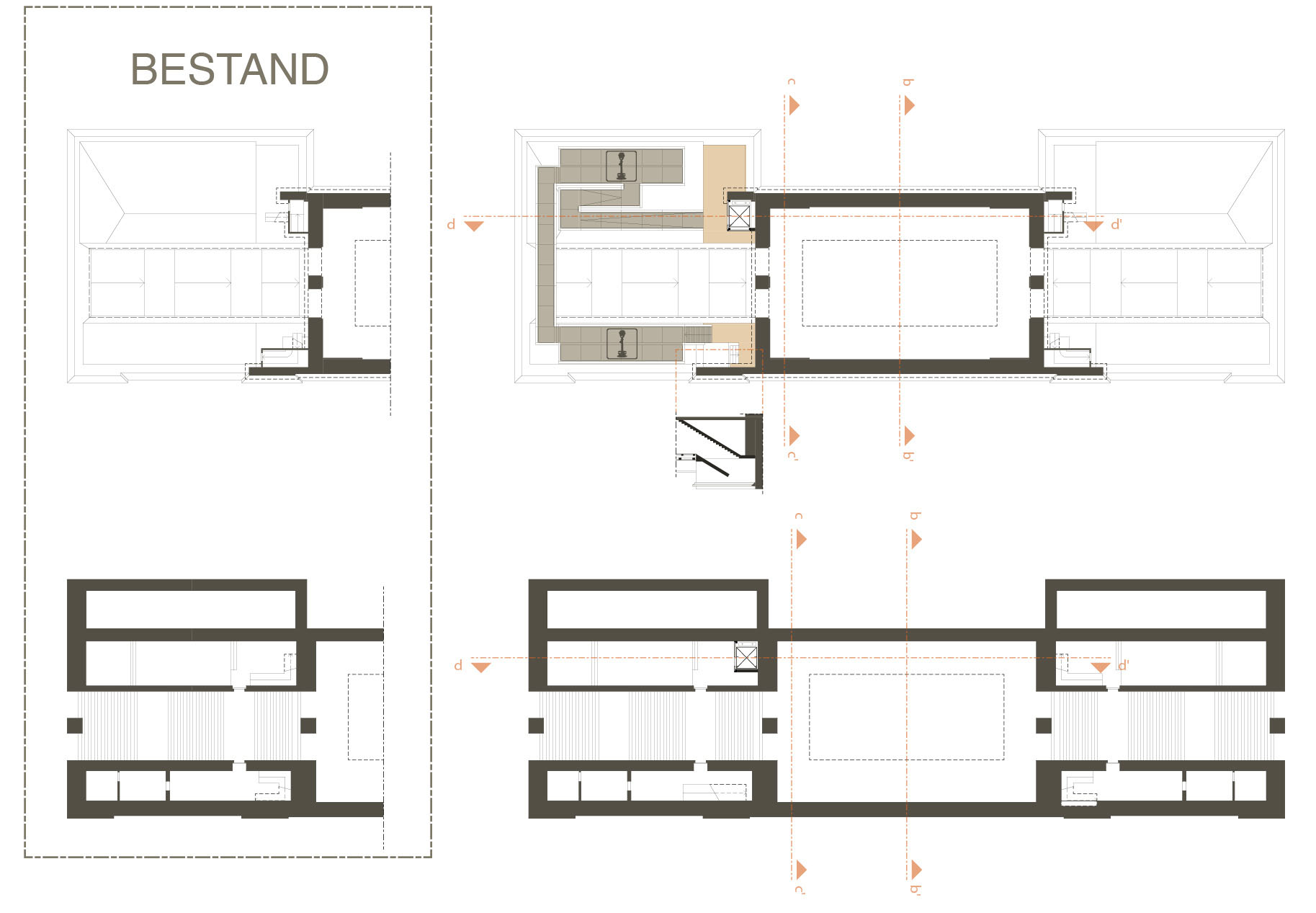 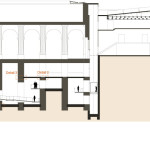 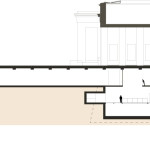 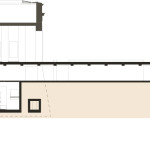 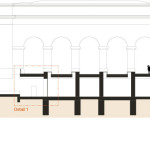 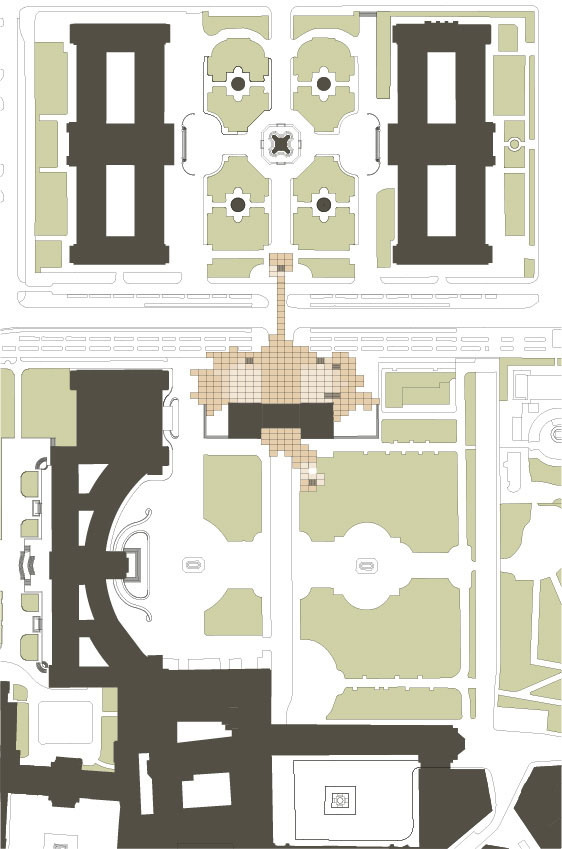